Archery is a great game, and everyone loves to shot an arrow with various Types Of Bow. It’s an excellent instrument to spend time with family and friends at the backyard, outing or shooting big elk and bow fishing. Not only limited to enjoyment and hunting, but archery competitions are also very famous and high-status games around the world.

Whatever you want to do with a bow, primarily, you need to know about it systematically and select the right bow according to your skill level. Otherwise, it will become a useless thing for you.

By reading our topics, you may understand that we are going to cover both the aspect: Types of Bow and basic tips about Archery and BowHunting. First, we discuss different types of bows and then on basic tips of archery. Stick with us until the end.

Different Types of Bows in Archery

Based on the shape, mechanism and materials used to manufacture a bow can be many types. Here, we will discuss some basic kinds of bow.

After longbow, the recurve bow is one of the most ancient types of bow using since 1000 BC. It is also the only kind of bow that allowed to use in the most prestigious archery competition – Olympic.

The reason behind its name ‘recurve’ is for its distinct design – curve at the center towards the archer and re-curve at either tip away from the archer. Because of its recurve tips, it can produce substantially more speed and power with less effort compared to traditional bows.

Recurve bow is a simple type of bow consist of a riser, two end limbs, and a string. Because of its straightforward design, it becomes one of the most functional bows among beginners as well as archery competitions. Further, we can classify a recurve bow in two categories: modern and traditional.

Modern recurve bows are usually takedown type means the limbs can be parted when not in use or need to change. In modern recurve bow, the riser made with metal (aluminum, magnesium or alloy) or wood and limbs made with laminated fiberglass.

One can use extra instruments like sight, stabilizer, quiver, and so on.

Traditional recurve bows are one piece bow. In this type of bow, you cannot detach the limbs from its center part – riser.

Usually, it made of wood. Turkish bow, Mongolian bow are some examples of traditional recurve bow.

The compound bow is a kind of modern bow invented around in the mid-1960s. Compound bow designed such a way that it can aid an archer to pull its full draw length with minimal effort compared to traditional recurve bows.

It has been possible because of its sophisticated design – there is a rounded wheel called ‘cam’ or ‘pulley’ located at the top of each limbs holding the drawstring.

When an archer pulls the string of a compound bow, the pulley levering system multiplies the force and transfer the stored power of limbs to the string which creates a powerful shot with a lesser amount of effort on the part of the archer.

Because of its easy-to-shot mechanism, the compound bow becomes one of the most popular bows in the U.S. American people like to use the compound bow for their hunting games. It is also popular among those who have not much muscle power or elderly one.

Crossbows are highly accurate and have a more extended firing range compare to other bows that you can use for hunting as well as for target, field or 3D archery.

Some Other Traditional Bows

Besides the above modern and fundamental types of bows, there are some traditional or back-to-basic bows which widely used in different civilizations.

Longbow is the earliest model of the bow and extensively used all around the world, invented roughly 40,000 years ago. It is a single piece (one stick) bow, and the widely known example is the English longbow. Usually, yew or wych elm woods are used to make this type of bow. However, modern longbows constructed with lamination of different materials to make it strong and lighter.

Since the 14th century, until the introduction of the rifle, longbows used by the English army as an effective battle weapon. Nowadays, it’s become an excellent weapon for hunting, especially to those who love the traditional flavor.

A flatbow is alternatively known as ‘American Flatbow.’ The limbs of flatbows are the wider or flat shape, and the center part is a bit narrow and round shape to allow the archer to grip easily. This type of bow usually used by Native American’s.

The word ‘Kyudo’ originated from the Japanese martial art means “the way of the bow.” In design, it resembles the longbow, but limbs are round in shape and use bamboo to make it.

A reflex bow is a kind of longbow that has limbs that bent far from you when it unstrung and the riser slightly deflex towards you. Due to its design, it allows you to generate a powerful shot whereas you will fill no hand shock. 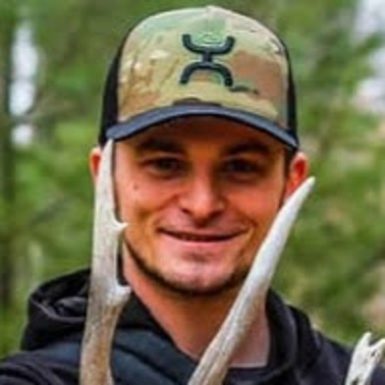